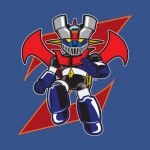 Edward is a Full Sail University graduate with an MFA in Creative Writing. He teaches screenwriting at the Austin School of Film in Austin, Texas.